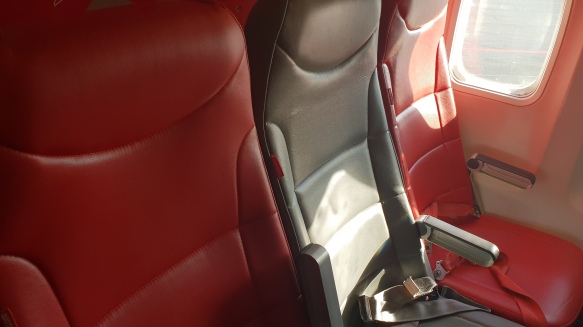 Yesterday I flew back to Manchester from Turin. I was once again quite impressed by the service on this flight.

The Crew: The crew was just as friendly as the last one but I thought the pilot was extremely nice as he chatted to us throughout the flight.

The Food:
Almost Immediately after takeoff, we were served food, as this is a short flight the food was simple and was a Chicken Caesar Wrap and a packet of Salted Potato Crisps. No drinks came with this and had to buy them when the trolley came round. (which was annoying because you want your food with your drink.) We booked in advance online.

The Aircraft: The aircraft was an older model than my last Jet2 flight it had a Jet2 Holidays livery rather than a Jet2.com livery. And no window blinds! It had decent legroom for a low-cost airline.

Overall: I was impressed with the service of the flight, although I had a better aircraft last time, it still was great for a low cost airline!